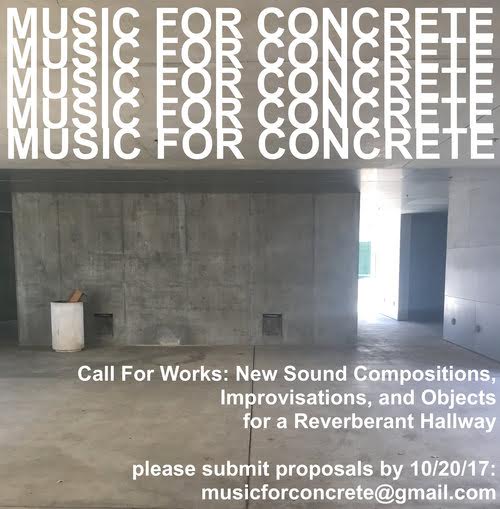 The Infrastructural Listening Initiative is an interdisciplinary project based at UC Davis, meant to encourage critical sonic engagements with our built environments. Susan Leigh Star has used the term “structural inversion” to describe a practice of figure-ground reversal wherein the taken-for-granted aspects of our sociotechnical worlds are foregrounded and attended to in their particularities. The ILI is dedicated to exploring auditory, resonant, and vibrational tactics of infrastructural inversion.

We draw on fields such as science & technology studies, electronic and experimental music, sound studies, and sensory ethnography in order to better attend to the soundscapes, fundamental frequencies, politics of vibration, and noise/signal boundaries which shape everyday life.

The first initiative of the ILI is the “Music for Concrete” performance series, wherein composers, scholars, and makers, are invited to produce site-specific pieces/objects/texts/improvisations that sound-out Davis and its surrounding areas. Pieces are currently being prepared for a library stairwell, a resonant outdoor hallway, and a series of grape trellis wires. Inquiries and proposals can be directed to musicforconcrete@gmail.com. Future endeavors will include soundwalks, workshops on wireless traffic sonification, and reading groups.

UC Davis Students interested in ILI may be interested in taking STS 198: Sounding Data, taught by Owen Marshall in the Spring of 2018.